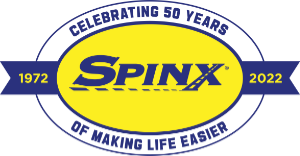 On another side of the room, two people prepare cubes of cheese and slices of meat for an antipasti cup and at another counter, a woman gently layers vanilla wafers and banana pudding into small dessert cups.

And outside, people pump gas.

Just your standard scene in the age of the 21st century gas station where you're as likely to find unleaded fuel as you are to find a nice chicken salad sandwich. Today, food is not only becoming available, but is increasingly becoming its own draw.

"It shows how far we've come from "National Lampoon's Vacation" when Chevy Chase said I'm so hungry I could eat the sandwich from the gas station," said Jeff Lenard, vice president for strategic industry initiatives with the National Association of Convenience Stores (NACS).

"That was funny because back then (in 1983) convenience stores were seen as places of desperation — not destination — for food. And today they are destination."

And not just a destination, but a convenient destination to buy fresh foods like fruit and vegetables, Lenard says.

In 2013, produce sales at convenience stores were up 16.7 percent, double the overall 7.3 percent growth rate of produce in the United States, according to NACS research.

And as consumers become more comfortable with the idea of food from a gas station, the food is getting ever more creative. Across the country, gas station convenience stores are boosting their food aisles with everything from yogurt parfaits and hummus to made-to-order pizzas and egg biscuits.

In some places, like Washington, gas stations are even teaming up with food trucks to offer quick food in a convenient setting.

There is more challenge for convenience stores when it comes to dealing with perishable items, but still, the potential is great, said Whitney Spinks, who helped develop the food program at Spinx Co.

"As a retailer, its our job to deliver what the customer wants, whether that's food, gas or cigarettes," Spinks said. "And right now, the customer is saying we want more food options."

As much as the food trend hitting gas stations is about innovation and healthier options, it's also about a dwindling market.

Over the past two decades, the convenience store industry has seen a gradual decline in revenue coming from what were long its two biggest sellers — gasoline and tobacco. The dip has required gas stations to change, says Chuck Barton, vice president of sales and marketing for QuikTrip Corp.

"Those are fairly large categories for the convenience store segment," Barton said. "We are trying to replace those with fresh food."

The company has been adding more food items like pre-prepared sandwiches and fresh fruit over the past few years, but this year has taken it a step further with a new made-to-order-menu. The menu includes an array of hot sandwiches, pizzas and flatbreads that are prepared on site.

The food evolution has changed the way QuickTrip approaches business, Barton said. In the past year, the company has had to hire three to four positions per store and had even added new corporate food training positions, Barton said.

Currently, food items are developed by QuikTrip's corporate chef, taste tested and then moved into stores via QuikTrip's food commissaries that are located around the company's selling region.

"I think at this point in time we have to get really good at what we're doing for consistency, and we'll expand the menu based on what our customers ask us for," Barton said.

It's not that food hasn't always been a part of the gas station experiences, it's just that for years it was pre-packaged foods. Think about it, on road trips you'd pop into the gas station to use the bathroom and, if mom and dad would let you, get a Snicker's or a pack of Combos.

But somewhere along the line, gas stations began to get the message — people want food. The thinking, Spinks says, was if gas stations could provide fast food of the same quality that you'd get elsewhere, people would just buy food while they pumped gas instead of making two stops.

In 1994, Spinx teamed up with quick service restaurants like Burger King, Subway and Dairy Queen. The change worked, but, says Stewart Spinks, he saw a bigger opportunity.

In 2001, Spinx launched a new food program, whereby the company added items that were made on site. Every new store was built with a commercial kitchen that allowed employees to prepare everything from egg biscuits to fried chicken.

Slowly, the idea caught on with consumers, but it wasn't until 2010, when Spinks' youngest son, Whitney, a foodie in his own right, joined the company that things really began to change.

Whitney led the charge to develop more healthy options which led to the establishment of Spinx's Fresh on the Go menu. The program includes the addition of fresh produce, daily made sandwiches, wraps, hummus packs and Greek yogurt.

"Our image was one of only having stuff that's bad for you, whether its tobacco products or lottery or age sensitive items like alcohol or tobacco or the Snicker's bar," Stewart Spinks said. "So we looked at differentiating ourselves."

Whitney Spinks established the commissary in 2011 to streamline the production process. It was a big step for the Spinx Co., one that involved a whole new set of staff and extensive research into Department of Health standards.

A market that sells gas

As the trend has grown, some gas stations are taking the concept of fresh food to a whole new level. One such station is Blowing Rock Market in Blowing Rock, N.C. The small gas station opened in 1950, sank into disrepair and was re-imagined as a convenience in 2002. Then, in 2011, David Barker bought it and took the idea of the market even further.

"We're trying to be a little different from the average convenience store, Barker said by phone from his store. "We're selling $100 bottles of wine 10 feet from a gas pump."

"The most fun part of the job is when someone walks in the door and their eyes get big," Barker said chuckling. And then they call out to the person pumping gas, 'You gotta come inside.' "

Lenard sees potential for convenience stores to fill a void in the country's USDA-identified food deserts. At about 151,000 strong, convenience stores often outnumber grocery stores, said Lenard. In June, NACS partnered with United Fresh, which represents produce suppliers, to collaborate on how to bring more fresh foods to the convenience sector.

"Convenience stores are literally everywhere," Lenard said. "They're in good neighborhoods, they're in bad neighborhoods, and not many other channels are like that. So they have an opportunity to offer some of that assortment that is needed in these food deserts."

Back at the Spinx Commissary, the work continues. The folks inside churn out sandwiches, wraps, veggie packs and fruit cups for 52 local stores, and Whitney sees potential for more growth.

Already, Spinx Co. is looking to develop another sector, that of local food. The company is already partnering with a local food distributor, Francis Produce, but is looking to find ways to buy from local producers as well.

And then, who knows what's next, says Whitney, maybe sushi?

"You never know," Whitney said. "But with 75 stores you've got to take small steps. It won't be a revolution; it'll be an evolution."

(Photo: Frances Baker, right, and Khasj Ladson fill antipasti cups with cheese and pepperoni for Spinx's Fresh on the Go menu, which is prepared at a commissary inside its Simpsonville gas stations.)