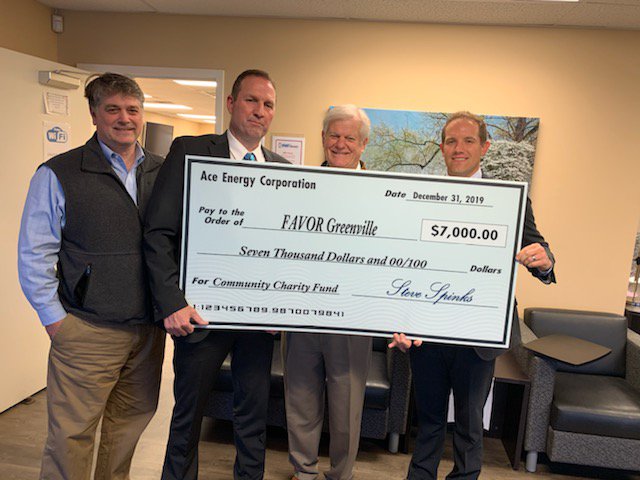 FAVOR Greenville is pleased to announce a generous donation from Motiva/Shell Oil Company. This gift was made possible because of the relationship Stewart and Martha Spinks and The Spinx Company have with Motiva/Shell. Thanks to their generosity, FAVOR Greenville will be able to continue to provide the lifesaving, transformational work that has impacted over 30,000 participants and their families.

“The Spinks family has been a cornerstone of the FAVOR program from the very beginning. Stewart and Martha have been unwavering in their support of individuals and families in need of support as they cope with addiction,” said Rich Jones, CEO of FAVOR Greenville.

Stewart Spinks was employed by Shell after graduating from college. Shell then moved Spinks to Greenville where he later began The Spinx Company. Giving back to the Greenville community has always been a priority to Spinks and his family.

“As a local company that was born and raised here, we feel it is not only important, but vital to support our community,” said Stewart Spinks, Chairman of The Spinx Company.